How much is this going to cost me?

This is the first question one asks when thinking about initiating an arbitration.

The article “Costs and Fees” endeavours to answer that question regarding the Portuguese arbitration practice and legal framework. The article addresses the costs in ad hoc arbitration, as well as in the most relevant Portuguese arbitral institution, the recoverability of those costs and the different criteria that may be used to decide upon that issue.

With the addition of Kyriaki and Ted (alongside Miguel Salas’ joining in April), Victoria Associates has now three new “ports” for our international practice (Athens, Boston and Seville).

Kyriaki, Ted and Miguel will contribute immensely to growing Victoria Associates’ wealth of knowledge and expertise in their respective areas. Further, Victoria Associates is also increasing the number of areas of the law where we can deliver services, such as oil and gas, shipping and insurance.

Dr. Kyriaki Noussia is a Greek Lawyer, an Arbitrator and an Academic (Senior Lecturer in Law (Law School, University of Exeter, UK). She is a admitted to the Athens Bar (Greece) and licensed to appear in front of the Greek Supreme Court (Areos Pagos) and the Greek Conseil d’ Etat (Supreme Administrative Court). She has extensive experience in dispute resolution and arbitration and has regularly advised and acted on matters in various areas of law, most notably insurance, reinsurance, shipping, energy, environmental, construction and investment law. Later acquired expertise includes the area of Law and Technology, such as issues relating to robotics and the law, the ethics of AI and the law, the regulation of Artificial Intelligence (AI) and its application in various industries and sectors as well as cybersecurity issues.

Ted is experienced in complex civil and commercial litigation and arbitration, with a special emphasis in cross-border disputes, US judicial assistance in aid of proceedings abroad, and foreign sovereign immunity. 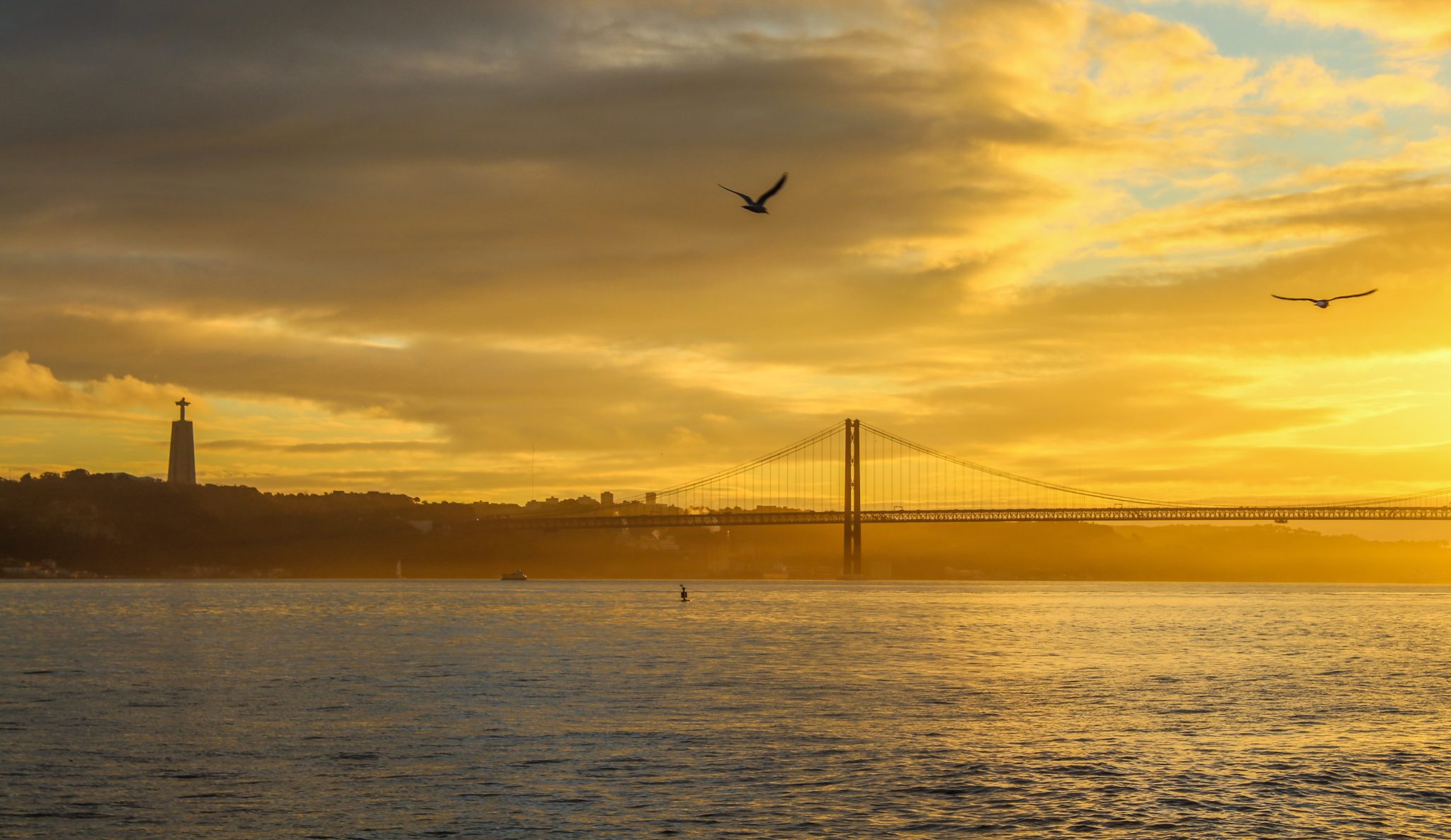 Portugal is a developed country with many modern infrastructures and facilities. In recent times, Portugal has been considered a spearhead in terms of new technologies and IT solutions. This is especially relevant in terms of the fact that many of these new technologies have also been applied to the Portuguese judicial system.

Since the late 90’s, Portugal initiated a program to renovate and modernize its infrastructures, including court premises. The judicial system is supported by a modern IT infrastructure that allows almost every lawsuit to be managed online by court judges, court clerks and counsel. Almost every court judge will allow the taking of witness depositions via video-conferencing, including by Skype as well as other applications.

Portugal currently contains modern arbitration centres and state-of-the-art facilities to manage arbitrations and hold hearings. An example of those facilities may be found in the website of the Arbitration Centre of the Portuguese Chamber of Commerce and Industry (CAC) HERE.

Procedures before state courts are almost entirely managed through web-based platforms, the most important and notable of which is referred to as “Citius”, which was introduced by the Portuguese ministry of justice. Thanks to this web-based platform, paperless dockets have been a reality in Portugal for many years now. There are many other advantages of this platform including allowing for the submittal of court documents and decisions, as well as the consultation of proceedings by judges, lawyers and court clerks. Other advantages of this platform included notifications being provided online, as well as the logistical coordination of the proceedings themselves.

Arbitration has been benefiting from this new landscape, for example, if one party intends to begin arbitration and needs an interim measure; all that must be done is to file a request via the “Citius” web-based platform. The request will then arrive at the judge’s desk the following day. This online system works for every arbitration related matter that needs to be dealt with by state courts, with the exception of the Supreme Court of Justice.

What makes Portugal’s adaptation of modernized facilities and the usage of new technology in the judicial system is that not only has this greatly streamlined and facilitated the international arbitration dispute resolution process, but also that Portugal’s path to modernization, in comparison to other countries, has been less fraught with setbacks during this process.

If you would like more information or have any questions regarding international arbitration in Portugal, please send us an email to info@victoria.associates and we will be in touch as soon as is possible. 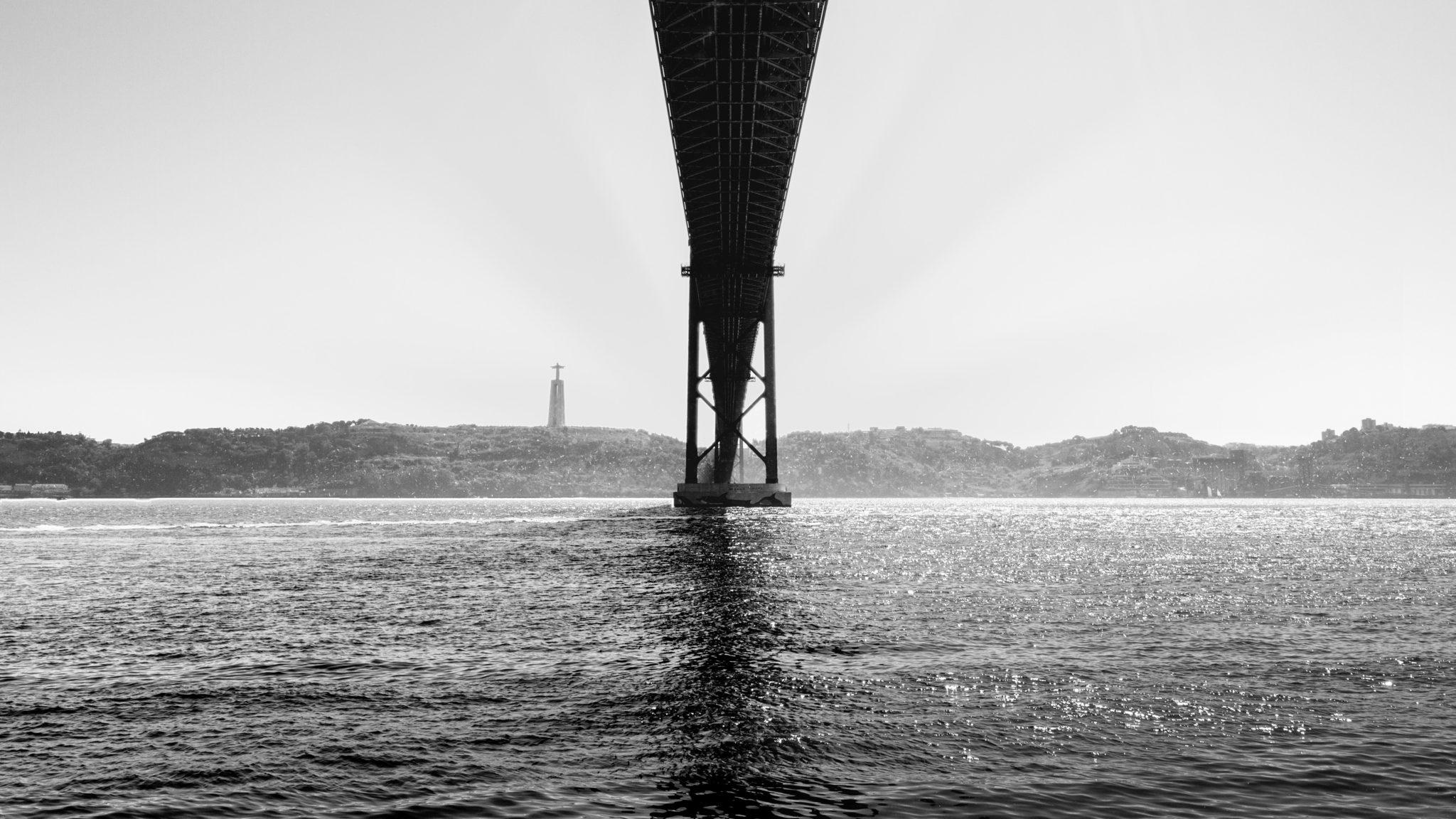 Portugal – a country with communication skills

Language barriers are one of the most prominent cultural concerns when dealing with business matters in a foreign country, and this makes sense because a seemingly innocuous mishap in wording can lead to a failed business deal. This is even more relevant in the legal world, especially in regards to international arbitration where high stakes are involved.The language used in arbitration can have either a positive or negative impact on party equality since language plays a fundamental role not only during the written pleadings, but also and more importantly during the oral phases of the proceedings. Unfortunately, this is often overlooked and it is not uncommon that advocates and arbitrators find themselves at pains in understanding and showing command of the language used in the arbitration; thusly, this is a matter which should be carefully considered.Portugal has many attributes when it comes to the Portuguese language itself. Over 250 million people speak the Portuguese language throughout the world and it is currently considered to be the 6th most widely spoken language. Portugal also shares a great amount of cultural, economic and legal backgrounds which serve as a common tie between many other countries. Due to this, a large amount of commercial transactions worldwide deal with Portuguese speaking countries.Recently, Portugal has seen a substantial growth in terms of investment and capital flows, due to larger countries, such as Brazil and Angola viewing Portugal as a safe harbor for their investments.

Language to use in arbitration

Portuguese is of course the best language to use in arbitration involving parties from Portuguese speaking countries. But what happens when one of the parties (or both) do not speak Portuguese (but nevertheless consider the option to arbitrate in Portugal)?One may well say that Portugal is one of the countries within the EU well-known for its population having a good understanding and command of English. This is due to many reasons, but mostly due to the high importance that learning English is placed on the educational system as well as the fact that movies are subtitled, rather than dubbed as in many other Western European countries.As many Portuguese citizens are highly adept in their usage of English as a second language, with much of the population speaking relatively comprehensively, this means that when it comes to selecting a jurisdiction as well as the language of arbitration, there shouldn’t be any difficulties in regards to dealing with not just the legal system but also with locals, as well as in making other logistical arrangements.In other words, arbitrations in Portugal can interchangeably use Portuguese and English as working language.

Lisbon as an alternative to London after Brexit

Further, with the looming uncertainty of the end-result of Brexit, this has made the United Kingdom very unstable on many levels. With many legal aspects still to be ironed out in these proceedings, it might not be in the best interest to select the UK as a jurisdiction for international arbitration.It is important to highlight the importance of language when selecting a language for international arbitration. Portugal has many qualities which showcase it as an advantageous choice, with language being high on the list.

If you would like more information or have any questions regarding international arbitration in Portugal, please send us an email to info@victoria.associates and we will be in touch as soon as is possible. 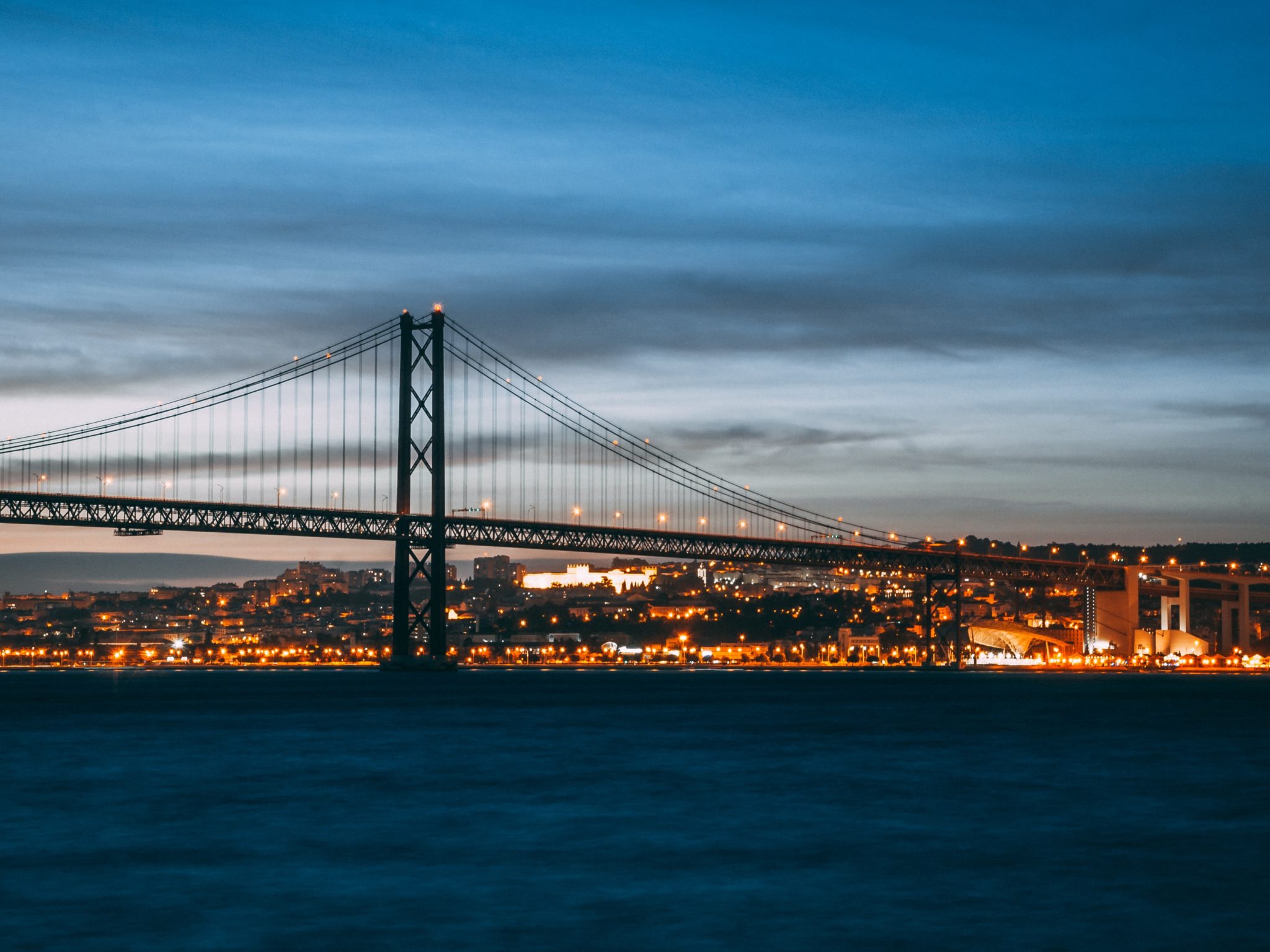 An alluring and advantageous jurisdiction

Over the past few years Portugal has been quickly expanding in a number of areas without showing signs of its growth slowing down anytime soon. However, one key area in which Portugal may be overlooked is in regards to being selected as a jurisdiction for international arbitration. Portugal acts as a judicious platform for the resolution of disputes relating to arbitration for a number of reasons, with geography being at the top of the list.

Situated an ocean away from North and South America, and within close proximity to Africa and the rest of Europe, Portugal is a central hub for many who come from across the globe. When considering international arbitration between two countries separated by an ocean, such as Brazil and Angola for example, Lisbon may be considered, not only a fair and neutral jurisdiction, but more importantly a convenient location for both travelling parties.

The After-Brexit: Lisbon as an alternative seat to London

Also, with the ongoing controversy and uncertainty surrounding Brexit, Lisbon may be a sound geographical alternative for international arbitration. Not only is Lisbon a short flight away from London, the political atmosphere has been generally tranquil with no signs of leaving the EU anytime soon.

The Lusophonic world is a vast one, where to this day, strong ties still exist amongst them. Alongside geographical considerations, the fact that the judicial systems of these countries are still very much embedded with the present-day Portuguese judicial system helps for the resolution of disputes in a less complicated, and often times in a timelier manner.

Beyond those pertaining to the Lusophonic world, however, there are many advantages in selecting Lisbon for its geography. Due to Portugal’s rapid growth over the past few years, there has been a large increase in the quantity of non-stop flights to Lisbon. Not only is it more convenient to be able to travel from varying parts of the world without having to deal with arduous layovers, but due to the increase in available flights, this has also proven to be oftentimes more cost-effective.

Lisbon has all the conditions necessary to become an attractive host for dispute resolution. Beyond the logistical considerations of the jurisdiction selected where international arbitration disputes are involved, the jurisdiction chosen may have a larger impact than one would initially realize, especially in regards to the terms of applicable procedural laws and enforcement.

Portugal is currently a member among the most important international arbitral conventions, including the 1958 New York Convention, the ICSID Convention, as well as having 60 Bilateral Investment Treaties (BIT’s) signed with other nations.

Geography plays an important role in regards to international dispute resolution due to the fact that the parties negotiating international contracts which contain arbitral clauses must also settle on a neutral place of arbitration. It is usually favorable for both parties involved to select a jurisdiction that is neutral, geographically easy to travel to and with a well developed arbitrational law and court system in place, all of which Portugal has, especially in regards to issues relating to enforcement under the New York Convention being unlikely to arise.

In next week’s blog post, the topic of Portugal as a place of international arbitration and language will be discussed, and not just in regards to the Portuguese language, but to prevalent usage of English within the country as well.

If you would like more information or have any questions regarding international arbitration in Portugal, please send an email to info@victoria.associates 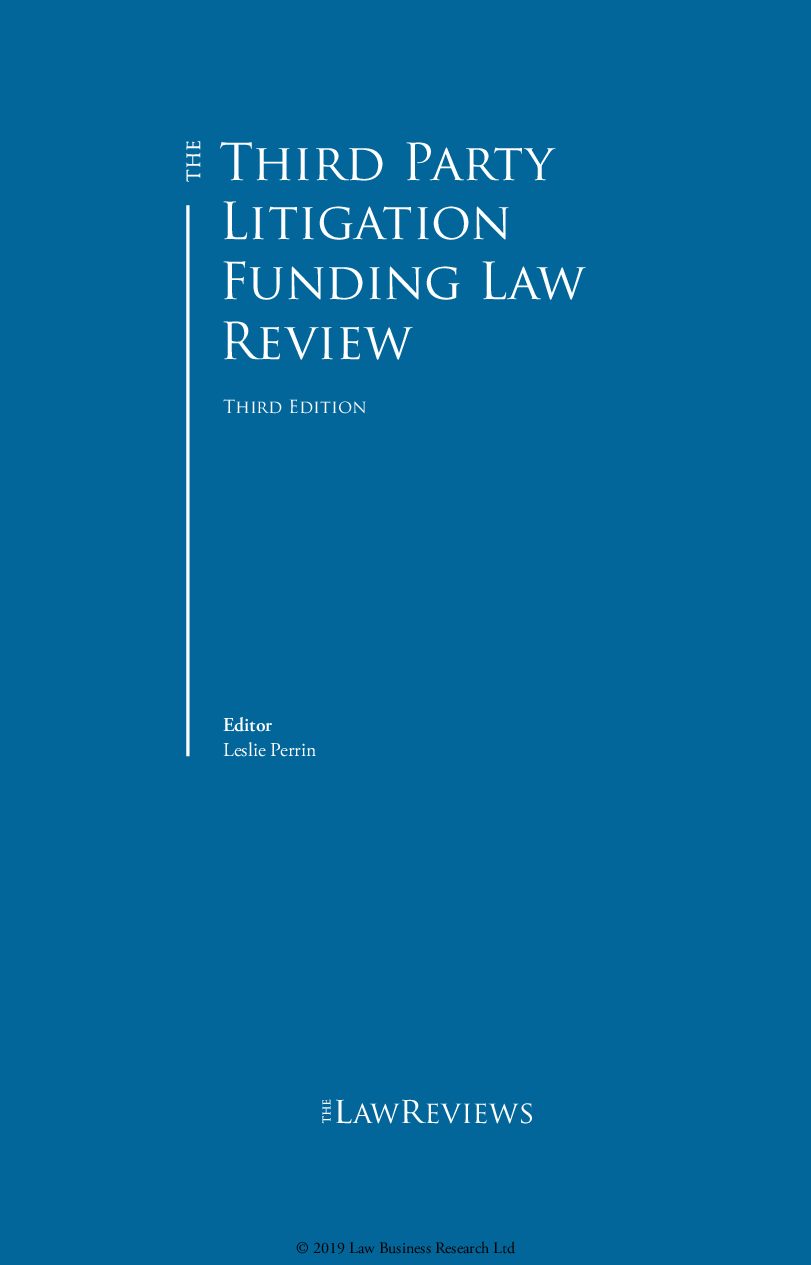 We hope that it is useful !