This is a necessary but truly delightful step since we are growing on a steady pace: more and bigger cases to handle by a growing team of talented and enthusiastic people. Onwards and upwards, doing what we like and liking what we do.

We would like to thank you for your consistent support and look forward to assisting you in our areas of expertise.

If you have any questions regarding the new location, you can contact us at +351 213530560 or send us an email to info@victoria.associates 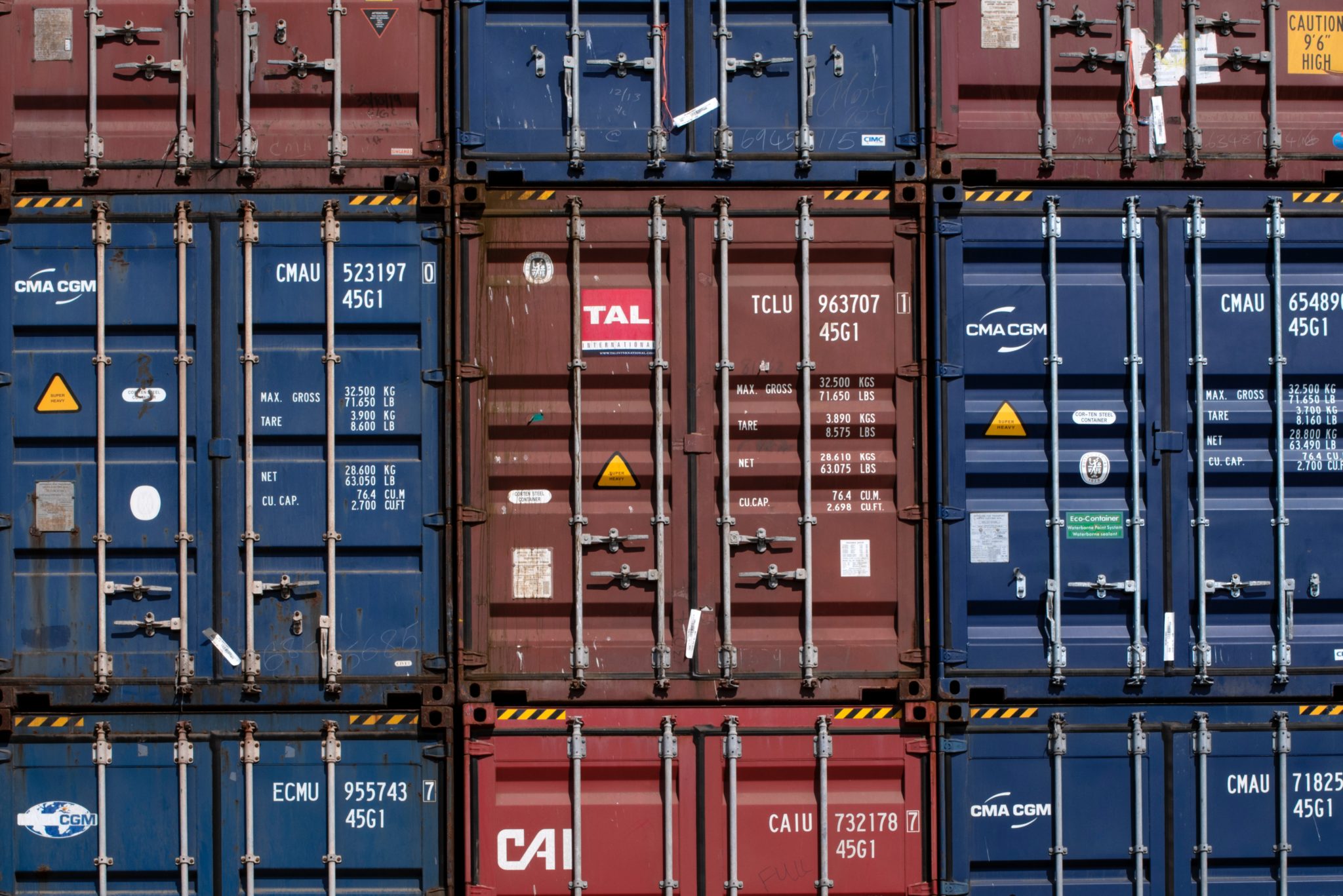 In order to solve disputes, suppliers and distributors have at their disposal all means of dispute resolution, including judicial litigation and other alternative means of resolution (e.g., arbitration, mediation or negotiation). Other remedies may include notifications to the Portuguese Competition Authority or to the Economic and Food Safety Authority.

Under European Regulation (EU) No. 1215/2012, foreign companies may bring a judicial proceeding before the Portuguese courts if an agreement conferring jurisdiction has been concluded (according to article 25).

However, this Regulation applies only to member state and to civil and commercial matters, in this sense points out Article 6 of the European Regulation (EU) No 1215/2012.

As mentioned, it is possible to resort to alternative means of dispute resolution, requiring the existence of an arbitration agreement for this purpose. As to this specific scenario, parties may agree to submit to arbitration, thus requiring the intervention of an impartial decision maker.

The arbitration agreement should adopt written form, as the requirement being deemed to be met when the agreement is contained in a written document signed by the parties. A typical advantage of arbitration is that the award is enforceable in far more countries than court judgments considering the New York Convention of 1958 on the Recognition and Enforcement of Foreign Arbitral Awards. When settling their disputes through arbitration in Portugal, parties are granted full confidentiality and, in general, such proceedings are faster than judicial proceedings; plus, the experience and expertise of arbitrators may contribute to a more suitable decision.

To know more, please read the Portuguese chapter of the Lexology “Getting the Deal Through” guide “Distribution & Agency 2021”, submitted by the Portuguese team of Victoria Associates (available here).

Victoria Associates has successfully represented clients in disputes related to distribution contractual relationships and welcomes any question that may arise in this context (info@victoria.associates). 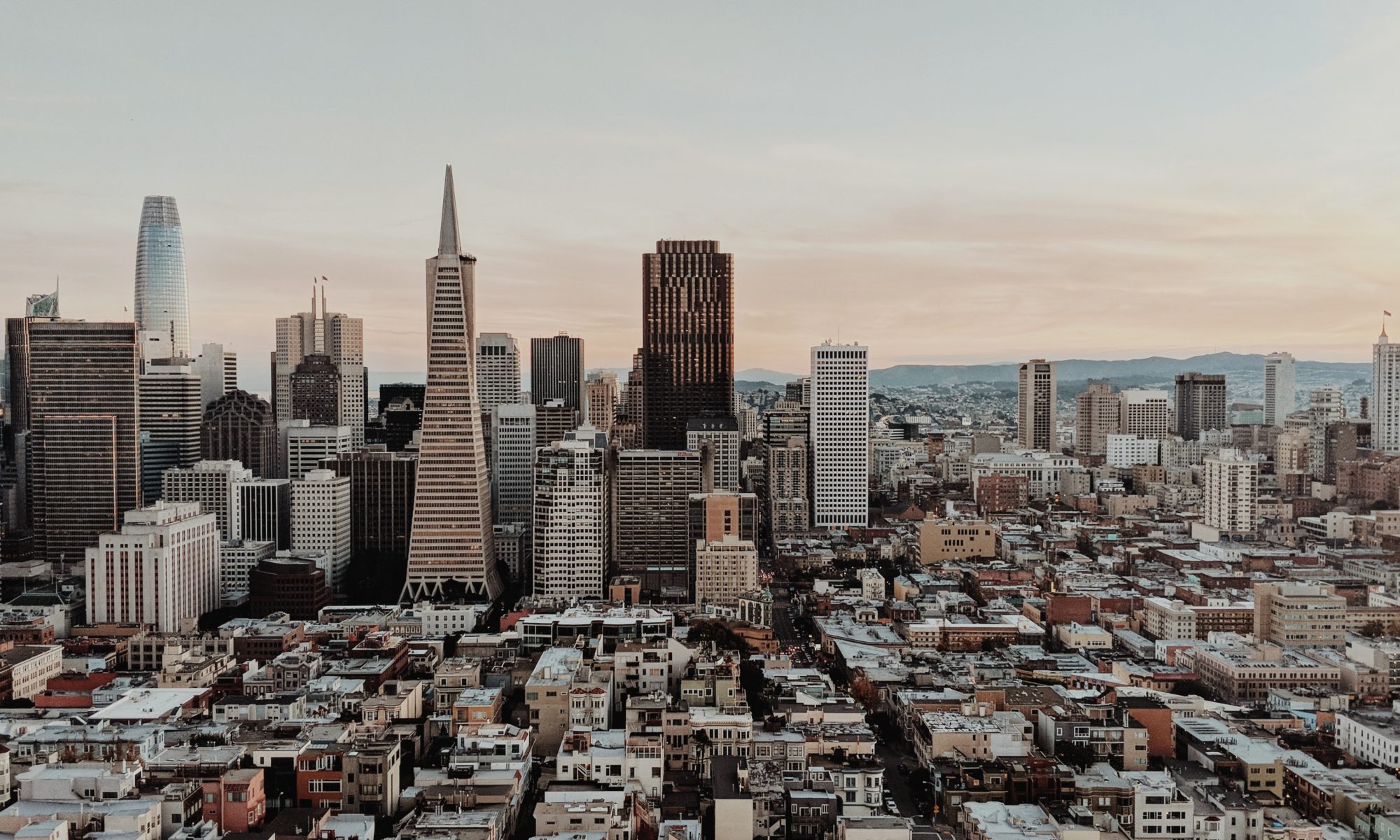 The Task Force, which is led by Paul Cohen, Duarte Henriques and Patricia Shaughnessy, seeks to explore the apparent underrepresentation of global technology companies in the arbitration community.

The lack of use of arbitration by this resourceful industry puzzles as arbitration would seem to offer a particularly attractive dispute resolution mechanism for technology company disputes. Unlike litigation, arbitration offers expeditious, private, flexible, effective adjudication by specialized arbitrators resulting in awards enforceable in 162 countries. The Task Force aims to find out why this is so through a comprehensive study using reliable methodologies and engaging in dialog with technology companies and other relevant players in the sector. Through the study and dialog with leaders and lawyers in the tech sector, the arbitration community can learn how to better serve this sector, as well as share needed information about the process and opportunities that arbitration may offer.

The Task Force also envisages to offer a bundle of tools that can make the use of arbitration more friendly for those who may be less familiar with its advantages, are accustomed to state court litigation, or have some negative impressions of arbitration.As a starting point, the Task Force has ventured some initial premises that may underlie the underuse of arbitration by technology companies; these premises are discussed in the White Paper.

The Task Force will test and adjust these premises through research, a large-scale survey, and dialog with the tech sector. A diverse working-group of experts representing different backgrounds and regions will be enlisted to carry-out the work. The on-going work of the Task Force will be presented for public discussion and comment to ensure robust review and to enhance collaboration within the arbitration and the technology business communities.

The Task Force report will become a public document which can serve to explain and adapt arbitration to technology companies needs and to inform the tech industry about the suitability of arbitration for effectively resolving their disputes. 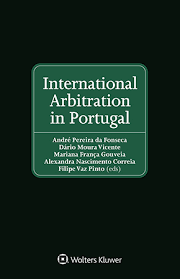 How much is this going to cost me?

This is the first question one asks when thinking about initiating an arbitration.

The article “Costs and Fees” endeavours to answer that question regarding the Portuguese arbitration practice and legal framework. The article addresses the costs in ad hoc arbitration, as well as in the most relevant Portuguese arbitral institution, the recoverability of those costs and the different criteria that may be used to decide upon that issue. 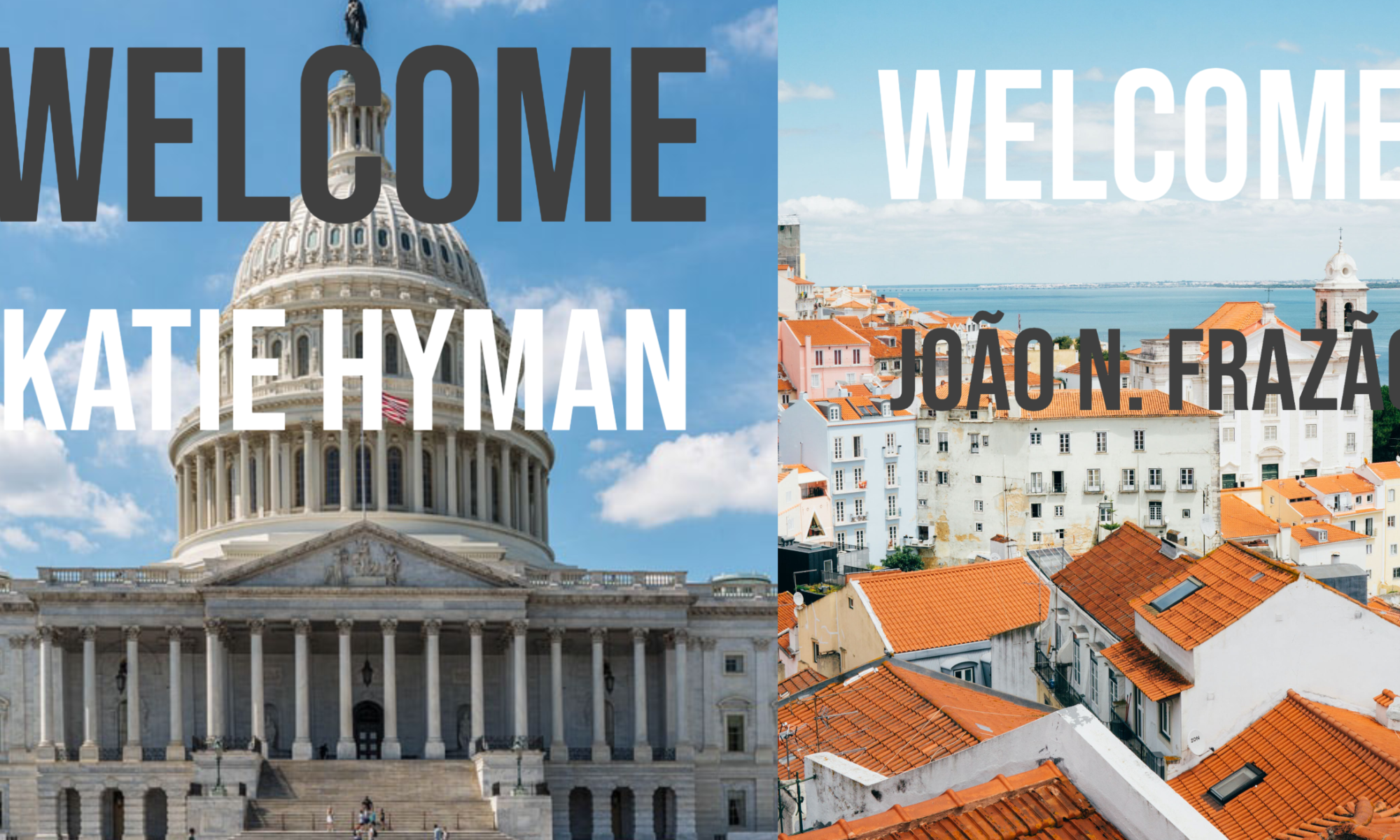 Katie Hyman is dual-qualified as an English solicitor and New York attorney and is admitted as a special legal consultant in the District of Columbia. She is widely experienced in international dispute resolution, including multijurisdictional, offshore and investor-state matters.

Katie represents a variety of clients, including in the energy and telecoms industries, in high-value, complex international commercial arbitration proceedings under the major arbitral rules all over the world, as well as in investor-state arbitrations. She is a Fellow of the Chartered Institute of Arbitrators, and accepts arbitrator appointments in addition to her practice as counsel.

With this addition, Victoria Associates has now offices in Washington D.C.

João Nuno Frazão is a lawyer qualified in Portugal, admitted to the Portuguese Bar Assocation in 2016. João is a PhD candidate at Nova School of Law, with research focused on Space Law, International Law and European Law. 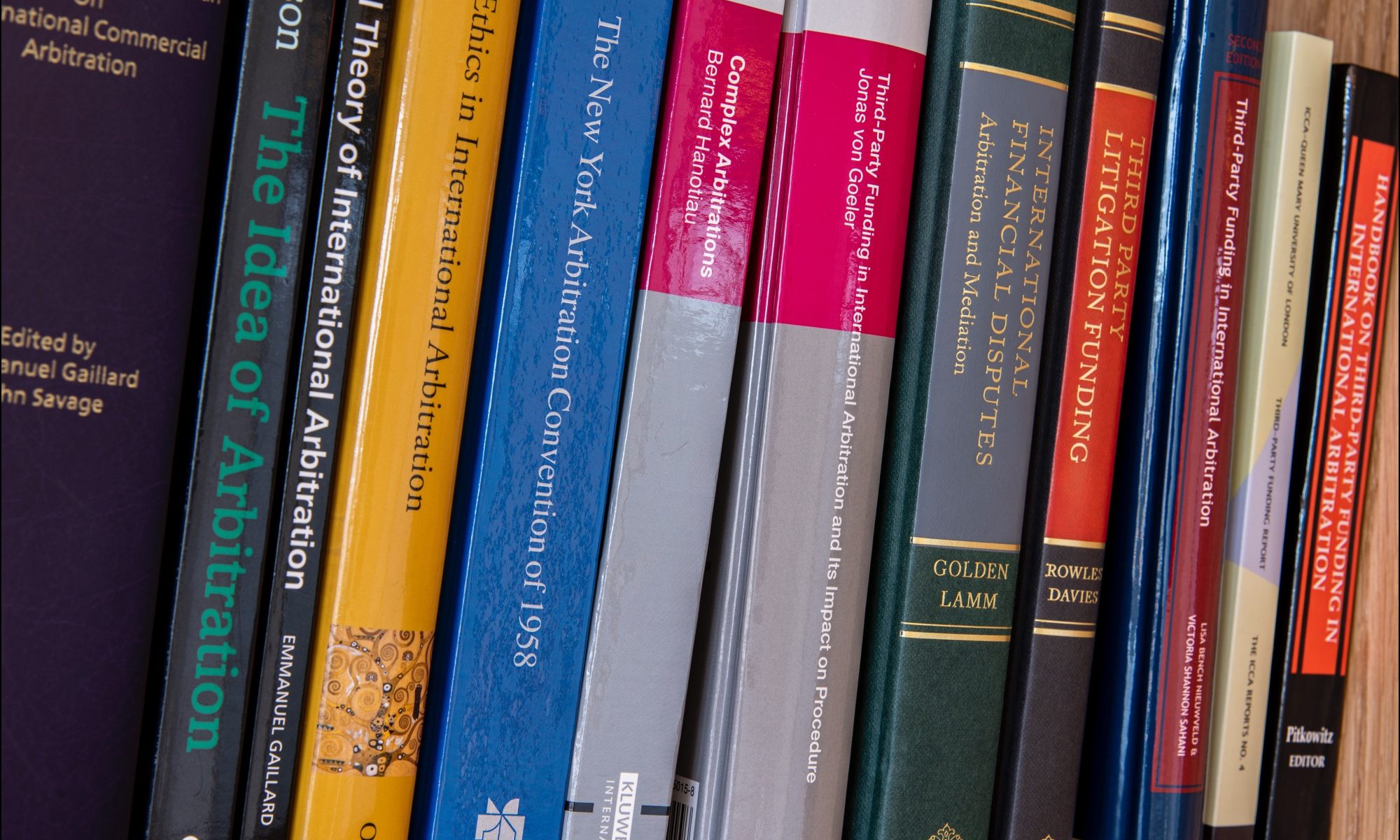 Duarte G Henriques has been ranked as “Thought Leader – Arbitration 2020” by Who’s Who Legal.

According to Who’s Who Legal, the “Thought Leadership” “brings together the insight, expertise and wisdom of some of the world’s foremost arbitrators, counsel and expert witnesses in a single book (…). The featured individuals obtained the biggest number of nominations from peers, corporate counsel and other market sources in our most recent research cycle.”

WWL Thought Leaders : Arbitration 2020 features Q&As with some of the “leaders”. The interview with Duarte G Henriques is available HERE.

“Through interviews with the practitioners themselves, Thought Leaders – Arbitration aims to shine a light on what puts these practitioners at the apogee of global arbitration. These individuals are worthy of special mention owing not only to their vast expertise and experience advising on some of the world’s most significant and cutting-edge disputes, but also their ability to innovate and inspire.”

Duarte G Henriques has been recommended by Who’s Who Legal as “an outstanding practitioner” who is well versed as both counsel and arbitrator in investment, banking, finance and construction disputes.

With the addition of Kyriaki and Ted (alongside Miguel Salas’ joining in April), Victoria Associates has now three new “ports” for our international practice (Athens, Boston and Seville).

Kyriaki, Ted and Miguel will contribute immensely to growing Victoria Associates’ wealth of knowledge and expertise in their respective areas. Further, Victoria Associates is also increasing the number of areas of the law where we can deliver services, such as oil and gas, shipping and insurance.

Dr. Kyriaki Noussia is a Greek Lawyer, an Arbitrator and an Academic (Senior Lecturer in Law (Law School, University of Exeter, UK). She is a admitted to the Athens Bar (Greece) and licensed to appear in front of the Greek Supreme Court (Areos Pagos) and the Greek Conseil d’ Etat (Supreme Administrative Court). She has extensive experience in dispute resolution and arbitration and has regularly advised and acted on matters in various areas of law, most notably insurance, reinsurance, shipping, energy, environmental, construction and investment law. Later acquired expertise includes the area of Law and Technology, such as issues relating to robotics and the law, the ethics of AI and the law, the regulation of Artificial Intelligence (AI) and its application in various industries and sectors as well as cybersecurity issues.

Ted is experienced in complex civil and commercial litigation and arbitration, with a special emphasis in cross-border disputes, US judicial assistance in aid of proceedings abroad, and foreign sovereign immunity. 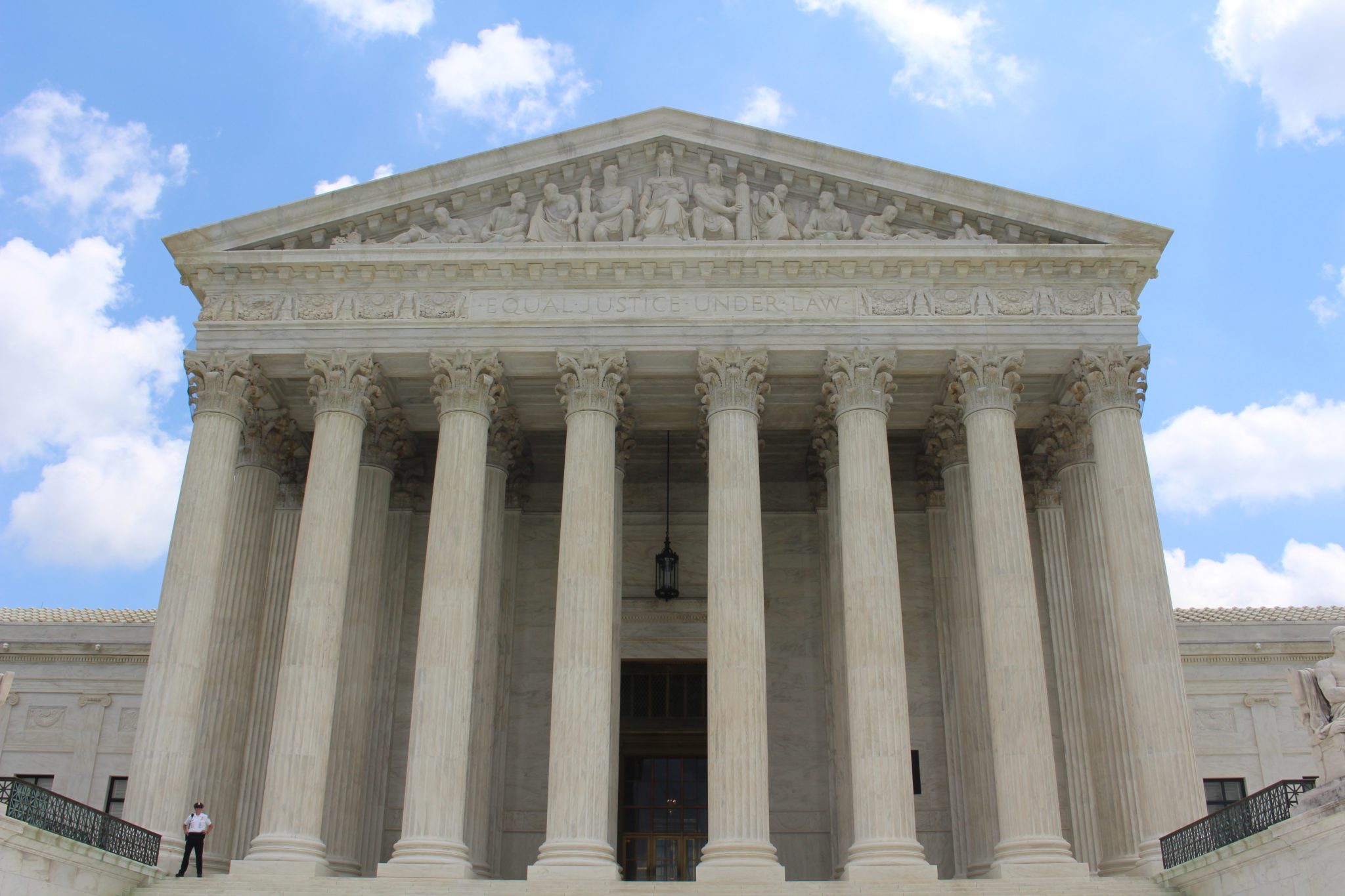 Portugal is unquestionably spearheading the use of technology, transparency and publicity regarding arbitration and, more particularly, arbitral awards.

Indeed, the recently enacted Ordinance (Portaria) nº 165/2020 of July 7, 2020 sets forth that all arbitral awards related to disputes involving matters of administrative law (whether or not administrated by arbitral institutions) or tax law (administered by the only authorized arbitral institution) are now subject to a custody deposit and to publication in a web-based platform.

The custody deposit must be requested by the presiding arbitrator or by the sole-arbitrator (not by the Chairman of the arbitral institution in question), through an online process which entails the upload of the award in pdf searchable format. The applicant must fill up the form with, inter alia, the following details:

The platform will make those awards publicly available, with the following details:

This step certainly represents a progress towards transparency in arbitrations involving public entities, making arbitration less opaque and subject to public scrutiny, which have been the major criticisms that have been levelled against the use of arbitration by those entities.

If you want to learn more about arbitration and international dispute resolution, please reach out to us — info@victoria.associates 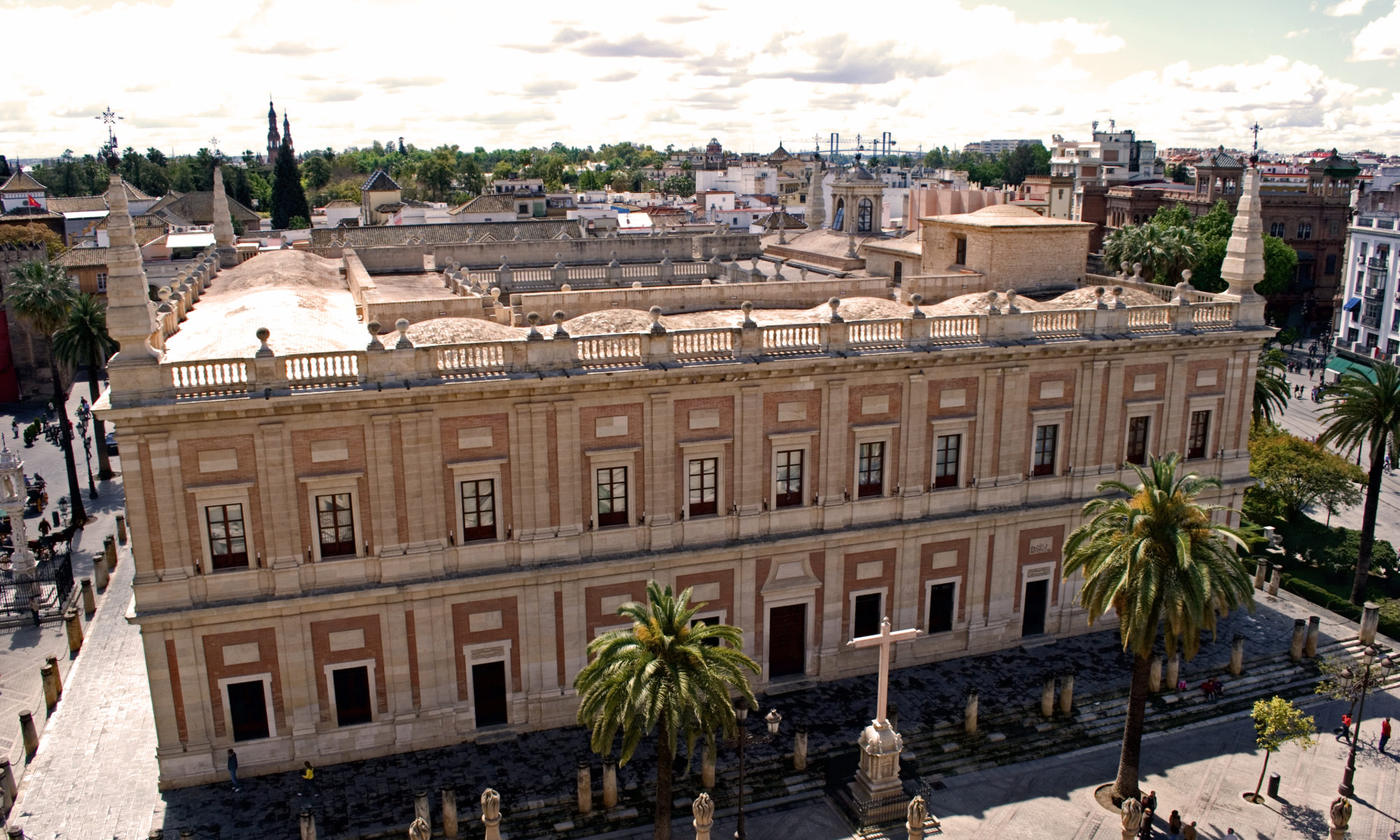 We are thrilled to share our latest news with you!

Victoria Associates has reached the starting point and is adding an office where it all has begun. Indeed, the expedition of Ferdinand Magellan truly begun in Sevilla, then the capital city of Castilla (Spain). Victoria was the only ship to return safely to its departure harbour, some three years later.

Now, Victoria Associates is proud to announce that it has an office in Seville, in one of its premium locations and just across the “Catedral de Sevilla” and the “Archivo General de Indias“.(1)

Through the incorporation of its new member, Miguel Salas, founder partner of Salas y Donaire, Victoria Associates is expanding its reach and is now able to provide any kind of services related to international disputes in Spain.

Miguel Salas is a seasoned lawyer, with 25+ years of experience, dealing in a number of areas of law, particularly litigation and arbitration.

With this addition, Victoria Associates not only boosts its reach but also and more importantly is welcoming a lawyer truly embedded in its spirit and values. It will surely be a tremendous and rewarding experience!

(1) The General Archive of the Indies in Seville was founded in 1785 by King Carlos III, with the aim of centralising in a single place the documentation relating to the administration of the Spanish overseas territories that had been dispersed in various archives.

The archive conserves some 43,000 files, with some 80 million pages and 8,000 maps and drawings that come mainly from the entities responsible for the administration of the overseas territories. It was declared a World Heritage Site by UNESCO in 1987, along with the Cathedral and the Real Alcázar. 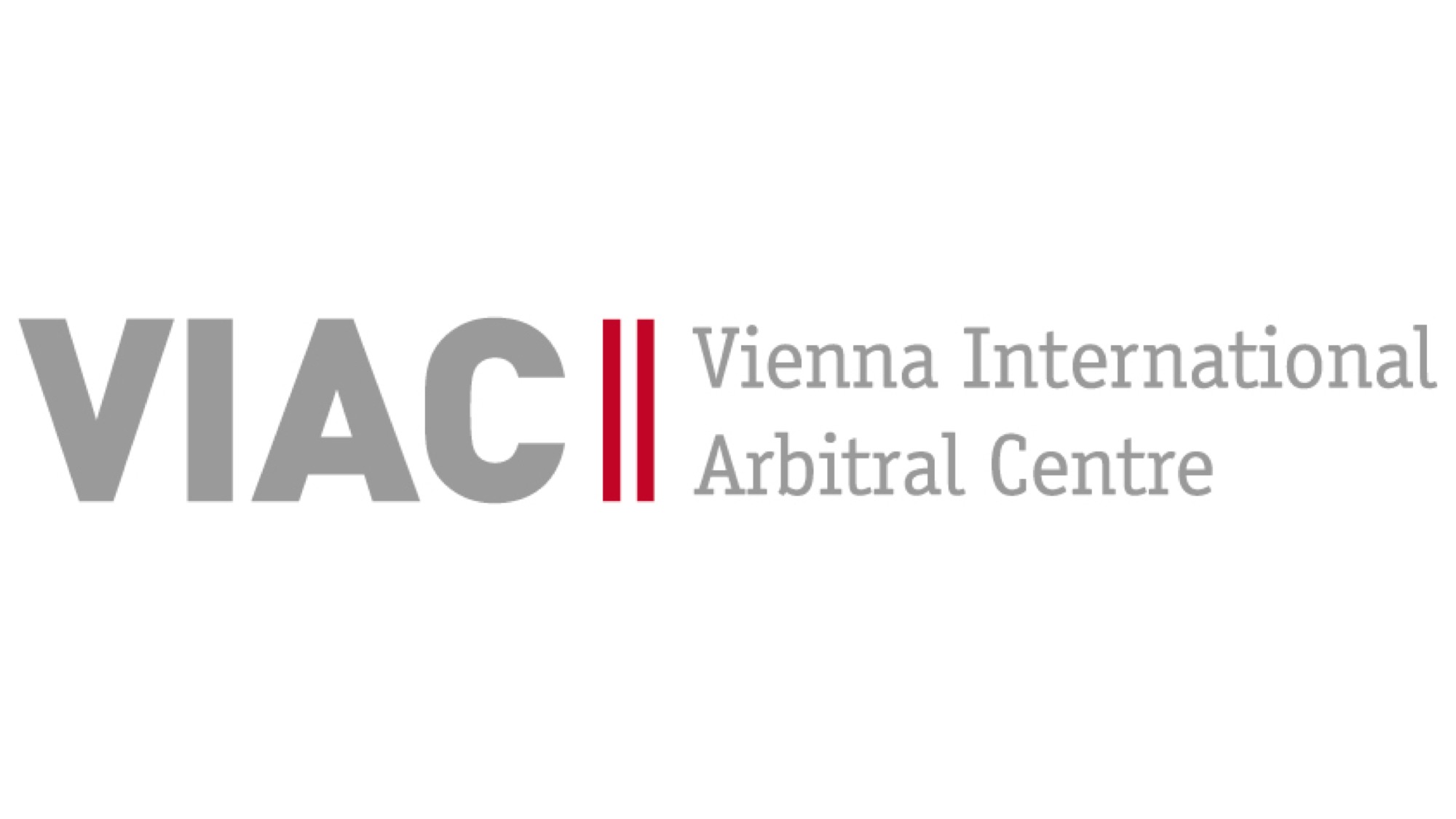 Duarte G Henriques, Victoria Associates’ founding member, has been appointed as member of the International Advisory Board of the Vienna International Arbitral Centre. The term will run from 2020 to 2022.

Check the composition of the International Advisory Board HERE !

Get in touch with us if you want to learn more about Victoria Associates – info@victoria.associates